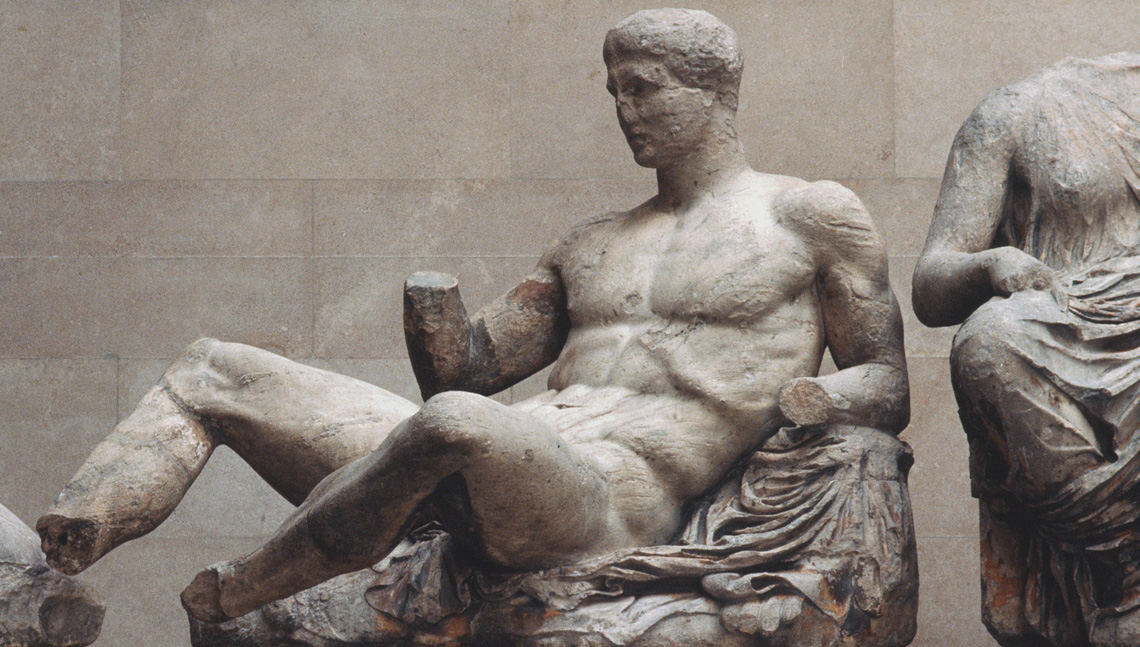 This is the meaning of the Greek treasures that were violently torn from the temple’s frieze by workers of Lord Elgin in 1802 when Greece was under Turkish occupation. The story of how these marbles were finally placed in the British Museum is long and painful. Even a short report suffices to show how they got there.

Lord Elgin was the first British ambassador to the Ottoman Empire. He was very warmly received there. Turkey had declared war on Napoleon’s France and Great Britain was therefore a useful ally. Elgin’s influence at the Sublime Porte was unquestionable. He also endeared himself to Turkish authorities in Athens by often presenting them with precious gifts.

At that time Lord Elgin was planning the decoration of his stately home in Scotland. He was informed that there was nothing more beautiful than the sculptures of the Greek Parthenon. He engaged a team to make copies and moulds of these sculptures to decorate his residence. But once in Constantinople his appetite became voracious. Why only copies and molds? Why not the original sculptures? How could one obtain them?

There was no concern about how the Greeks who were under Turkish domination would feel about the plundering of these precious creations. Elgin through his considerable influence and promises of solid proofs of friendship was able to obtain a limited and conditional permit from the Turkish vizier. Here is what the firman stated: “That the artists meet no opposition in walking, viewing, contemplating the pictures and buildings they may wish to copy; or in modelling with chalk of gypsum the said ornaments and visible figures; or in excavating, when necessary, in search of inscriptions among the rubbish; or to remove, as they wish, certain pieces of stone with old inscriptions or figures there on, that no opposition be made to them..”

The imperative question is, can this document, by any measure of veracity be interpreted as permission to use giant saws and other tools to tear from the temple (indeed causing terrible damage to the edifice) half of the sculptures from the temple frieze? Greeks say no. Archaeologists and historians some of them British, say no. UNESCO says no, Members of the European Parliament say no. Surprisingly Lord Elgin himself says no.

The following excerpt is taken from Elgin’s correspondence: “It was not part of my original plan to take with me anything else but molds…”, and in another letter: “The Turkish government absolutely denied that the persons who had sold these marbles to me had any right to dispose of them”.

Today more and more British people led by the British Committee for the Reunification of the Parthenon Marbles urge for their return. In the New Acropolis museum space will be reserved for the great day when the Parthenon Marbles come back home. Melina said: “I hope that I will see the Marbles back in Athens before I die; but if they come back later I shall be reborn”.